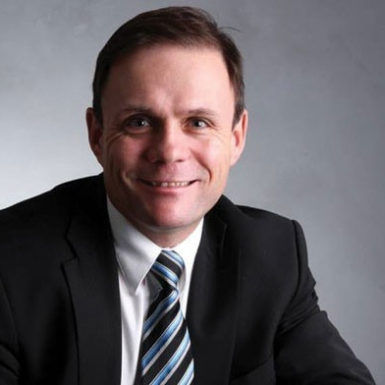 François Dion is a passionate, forward-thinking, dedicated and engaging leader who has been the head of Levio Consulting since 2013. Levio is a fast-growing company in IT and organizational transformation.

François has a degree in business administration. He started his successful career as the founder of a construction company. He then continued to develop his entrepreneurial skills by founding an IT consulting firm, which has been in operation for nearly 5 years.

In 1998, François joined Société Conseil Groupe LGS, where he held various strategic positions. He was also promoted to the positions of Vice-President and Chief Operating Officer of the Quebec City office.

François proudly founded Levio in 2013 and has been the CEO and COO ever since. The company has a strong reputation on the market.

At the same time, François has also been an active member of the Canadian Armed Forces for nearly 20 years. He held various positions and worked his way up to become the commander of the oldest French-Canadian regiment, Les Voltigeurs de Québec.

François is committed to his community. He’s actively involved in various committees and organizations like Centraide and Mon Avenir TI, which promotes IT to the younger generation. He also encourages his colleagues to get involved in different causes to support the community.